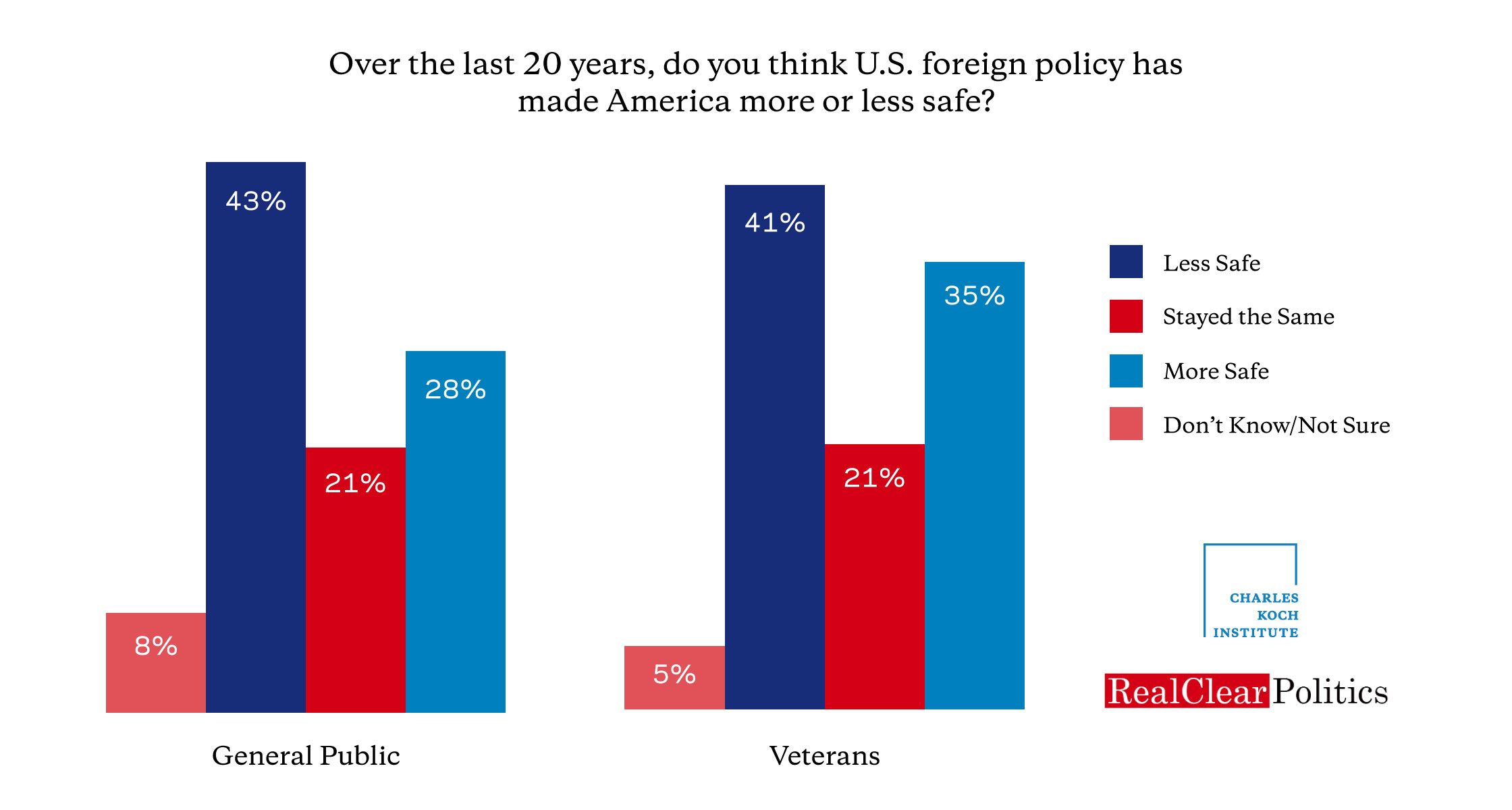 The general public and veterans also have similar views on the threat of terrorism. Despite almost 20 years of foreign interventions aimed at fighting terrorism, most respondents say the number of people intent on harming Americans has increased.

The poll shows a deep disconnect between our foreign policy leadership since 9/11 and the perspectives of the American people. Our poll also found majority support for congressional oversight as a way to bridge that gap. Both a majority of the general population and veterans want congressional authorization before committing the U.S. military to interventions abroad. This insight is particularly important in light of the news that the United States military is deployed in Niger—a fact unknown to 71% of the general public and 55% of veteran respondents.

Understanding the true costs of war is important to making foreign policy decisions that keep America safe and respect our military service members. With such a wide gulf between the general public’s and veterans’ views on how foreign policy can best keep us safe, it’s unsurprising that 77% of military veterans and 67% of the general public feel that the average American civilian doesn’t understand the impact a deployment has on military service members and their families.

Americans aren’t confident that U.S. foreign policy, marked by military intervention abroad, will keep them safe, and their views are echoed by the men and women who have experienced our foreign policy firsthand through military service. Changing course will require new voices and perspectives in foreign policy as well as leaders willing to listen to Americans.