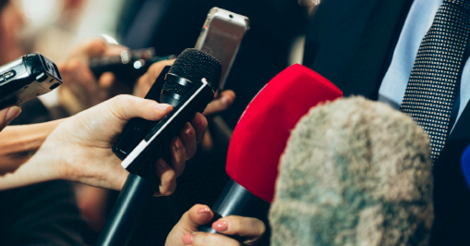 A recent survey from Reporters Committee for Freedom of the Press revealed that despite declining trust in media, “nearly all voters (95 percent) agree on the importance of having a free press.” For a free press to continue to flourish in the United States, journalists and news outlets must be free from intimidation.

Today the President reprised his characterization of the press as the “enemy of the people” in response to a critical story in The New York Times—marking at least the 45th time he’s characterized the media with that phrase during his tenure in office. It also comes in the wake of his concerning call this weekend for “retribution” against the “fake news” of satirical comedy.

“While much attention is rightly given to laws protecting free speech, social norms are just as important,” says Charles Koch Institute’s Sarah Ruger. “Repeated denigration of journalists erodes such vital norms and institutions as cultural trust in media, a nonpartisan commitment to the pursuit of truth, and our country’s free press. What’s at stake is the continued ability of news outlets to empower the public with information necessary to hold those in power to account.”

In the pursuit of truth, news coverage raises competing ideas, and an open society encourages individuals to not chill those competing voices and instead challenge them. We’re supporting partners equipping people with the understanding and tools to do so. The American Society of News Editors is expanding tools for local newsrooms seeking information through FOI requests. The Poynter Institute is working with student journalists on the role their papers can play in fostering productive conversations on campus. Additionally, the Knight First Amendment Institute at Columbia University is navigating challenges to free speech in a digital age.