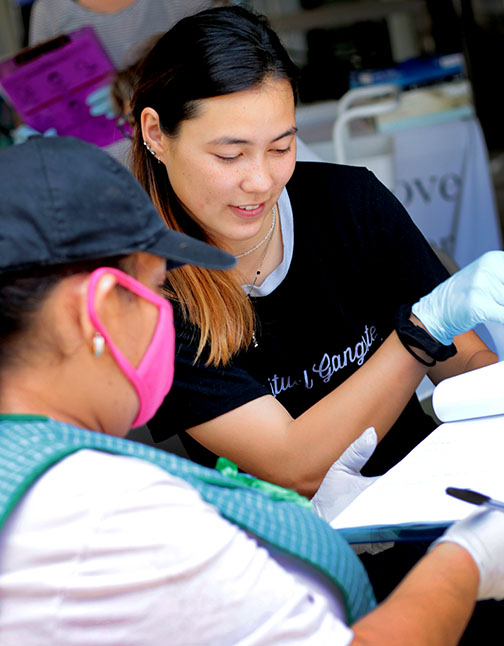 In the far north of the Texas panhandle is the town of Cactus: population 3,000, anchored by a meatpacking plant. The plant attracts workers from all over the world — employees come from 26 different countries — but until 2019, there was only one primary care doctor, and no pharmacy.

So when “George,” a refugee from South Sudan who works at the plant, was bitten in the finger in a bar fight, he went to the doctor for a prescription, but had no way to obtain the medication. His wound festered until a week later when he went to the new clinic in town, “The Well,” and saw Dr. Steph Diehlman, the founder and a former Christian missionary.

Dr. Diehlman saw the infection, but also identified a matrix of issues conspiring to hurt George. The closest pharmacy is in Dumas, 15 miles south, but George had no car to get there, so she provided the needed medication from the on-site dispensary. But she also wondered why this man was getting in a bar fight at all. She asked how much he had drunk. Pressing, she learned that George regularly drank too much. “He was an alcoholic — that’s how this all happened.” Alcoholism led to him losing his driver’s license.

Dr. Diehlman knew that George was a refugee, and she knew that refugees tend to self-medicate because of their hard pasts. So Dr. Diehlman asked, “Do you have nightmares?”— a classic symptom of PTSD.

“In charitable clinics that are privately funded, almost all the providers have the wherewithal and the time to invest in each and every patient they see,” says Josh Roberts, president of ECHO. He argues that private charitable clinics are free from many of the constraints that traditional private practices or federally funded health centers have, whether patient volume quotas, insurance pre-certifications, or minute government regulations. As a result, the doctors at these clinics can spend more time with patients and consider all of the factors that contribute to personal health — factors like underlying PTSD that lead to alcoholism, a bar fight, and an infected finger.

ECHO began as the convergence of two efforts. The first was Empowering Community Health Outreach, founded in 2005 by a Texas philanthropist at the forefront of charitable care. This philanthropist and his team helped to start clinics around the country, but were hungry for more knowledge to bolster their efforts.

Church Health is a large privately funded charitable clinic based in Memphis, Tennessee, that began in 1987. The clinic developed a reputation for effective care and strong organization, and it began to receive calls from outside groups seeking advice for how to open and operate a similar clinic. A trickle of calls became a flood, overwhelming the staff, so in response they ran a two-day workshop to teach Church Health’s model and strategies.

ECHO’s founder spent time at Church Health and was blown away by the level of expertise and knowledge on display, and so he proposed that Church Health take over governance of ECHO, guide development of its model, and lend its expertise to other clinics.

“ECHO is simultaneously the smallest and largest organization you’ll ever run into,” says Roberts. ECHO itself has a team of four consultants who are experts in the field, but the team leverages the deep experiences of the staff at Church Health to provide specific insight for those starting or running a private charitable clinic. If a clinic has a very specific question about fundraising, for example, ECHO can connect the clinic with Church Health’s fundraisers who offer tips from the trenches.

The private charitable model is central to ECHO’s consulting. On the one hand, clinics cannot be “Federally Qualified Health Centers,” which receive federal funding but also are subject to a range of regulations. On the other hand, ECHO strongly encourages clinics to adopt models that don’t include providing free care.

“There is a place for free clinics,” says Dr. Diehlman. “But there is some value in patients investing some in their health care.” Funding models vary, but most, including The Well, use a sliding scale based on income. The lowest amount that The Well charges is $20. “Most patients can afford that,” she says.

ECHO also has a few other requirements for the clinics they consult with: Clinics must have a sustainable funding model, be working toward having a full-time provider on staff and full-time clinic hours, use electronic medical records, and cultivate a relationship with faith communities in the area.

Also central to ECHO’s consulting, if not required of clinics, is a focus on holistic health care. Church Health’s own “Model for Healthy Living” is the backbone for this focus, which includes work, nutrition, friends and family, faith life, emotional, medical, and movement.  Almost all clinics adopt this model in some form, as they see that a variety of factors beyond the physical body contribute to health. The Well’s model is simpler, for example, but the concept is the same: “Our idea is that we care for the whole person — body, mind, and spirit,” says Diehlman.

ECHO must be as flexible as the clinics it works with, so the group helps both nascent and established clinics meet the circumstances in their communities, from regulations to strategies for volunteer and partner recruitment. The specific consulting focus depends on the strengths of the team starting the clinic, with the ECHO team stepping in to advise on areas where the local team is weakest.

The COVID-19 pandemic affected the operations of the clinics in ECHO’s network, and ECHO responded by developing “an emergency consulting model…on the fly,” Roberts says. ECHO focused first on triage, then on how to close a clinic and reopen as pandemic-induced quarantines progressed.

“An ECHO clinic was one of the first to have a designated clean room and parking lot patient triage,” Roberts says.

Most clinics aren’t as large or extensive as Church Health, which sees nearly 16,000 unique patients per year, has a budget of almost $25 million, and has 1,000 volunteer providers serving patients around Memphis. Most clinics see closer to 1,000 patients and have far smaller volunteer networks and budgets, but their knowledge and institutional strength is greater because of ECHO’s expertise and the connections to Church Health.

CKI helped sustain ECHO during the pandemic, when many of its funders went to other critical care areas. “We’re a small organization that was able to make it to the other side of the pandemic,” Roberts says. “Without the Charles Koch Institute, we wouldn’t have made it through.”

At the same time, Roberts looks forward to “working together at a higher and more meaningful level” than just funding — working on, for example, innovation around transportation to care.

CKI is also funding research into the community impact of these private charitable clinics, looking at not just individual physical health but measures of broader impact.

Dr. Diehlman prayed for George — something that The Well offers, but doesn’t mandate — and talked to him about treatment options for his alcoholism. He didn’t seek treatment, but about six months later he returned to the clinic for an unrelated issue. He was drinking less, had held his job for a while, and overall was “doing much better,” Dr. Diehlman says.

“I felt like God had really worked in that situation and answered prayer,” she says. 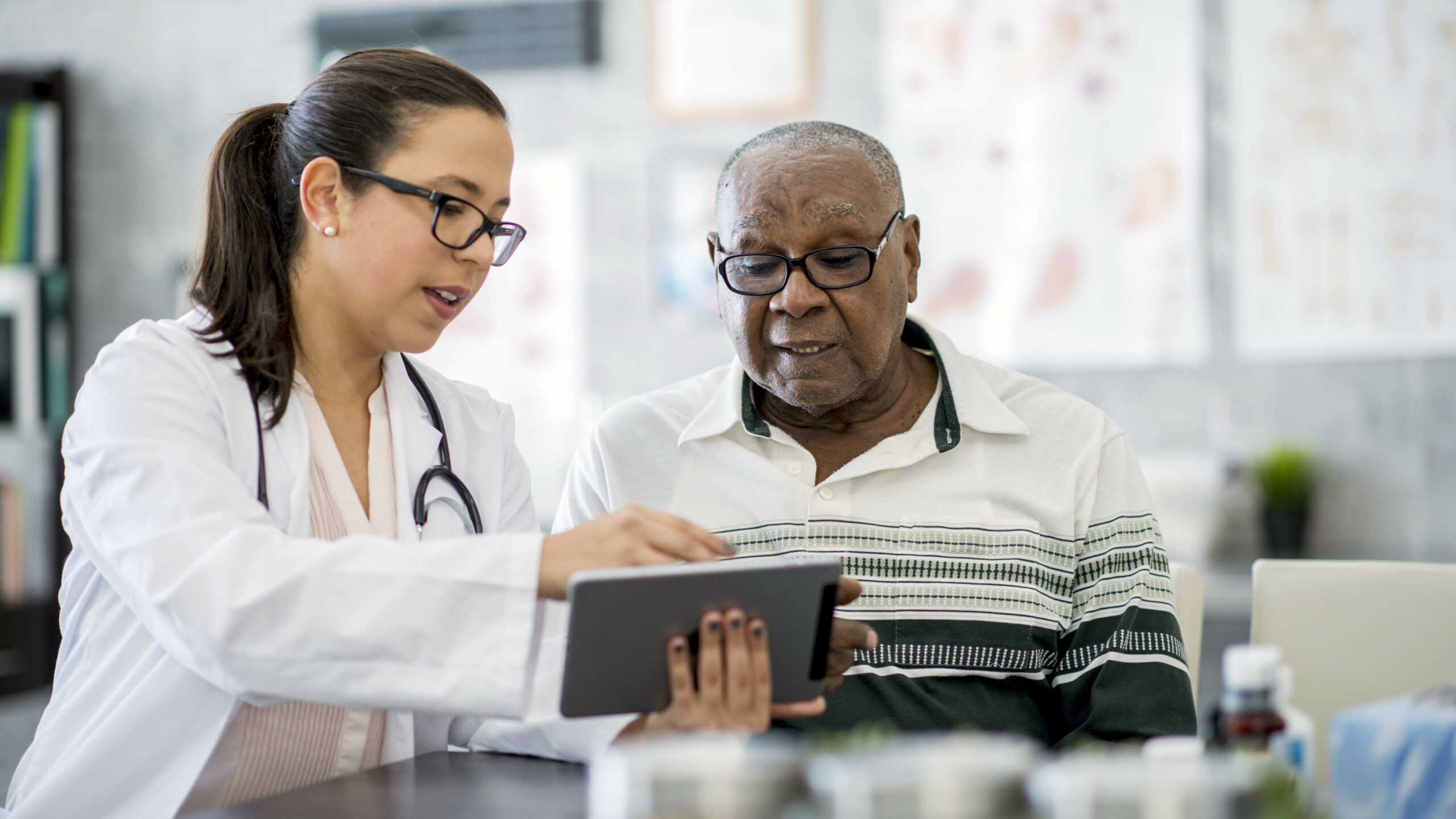 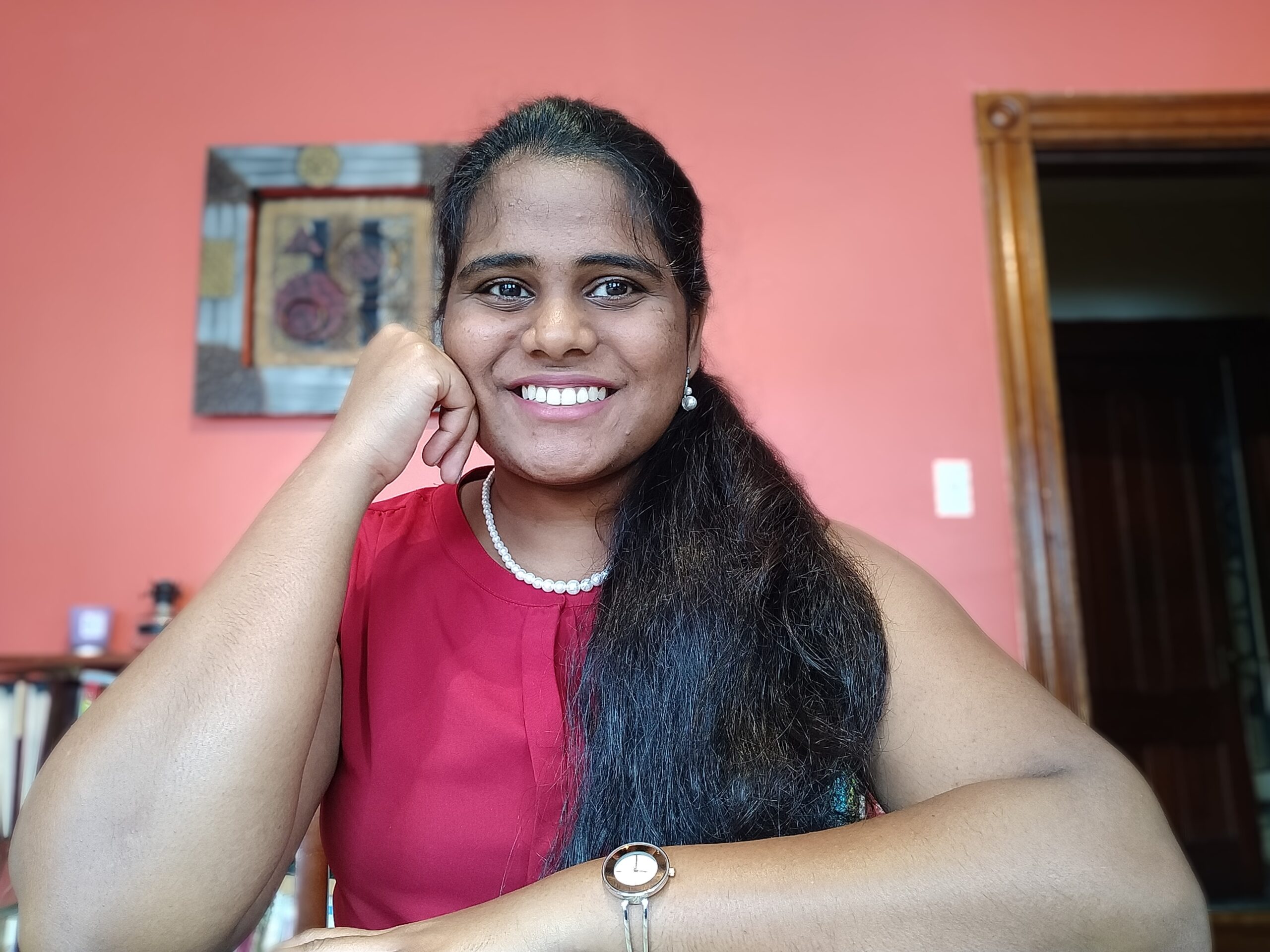