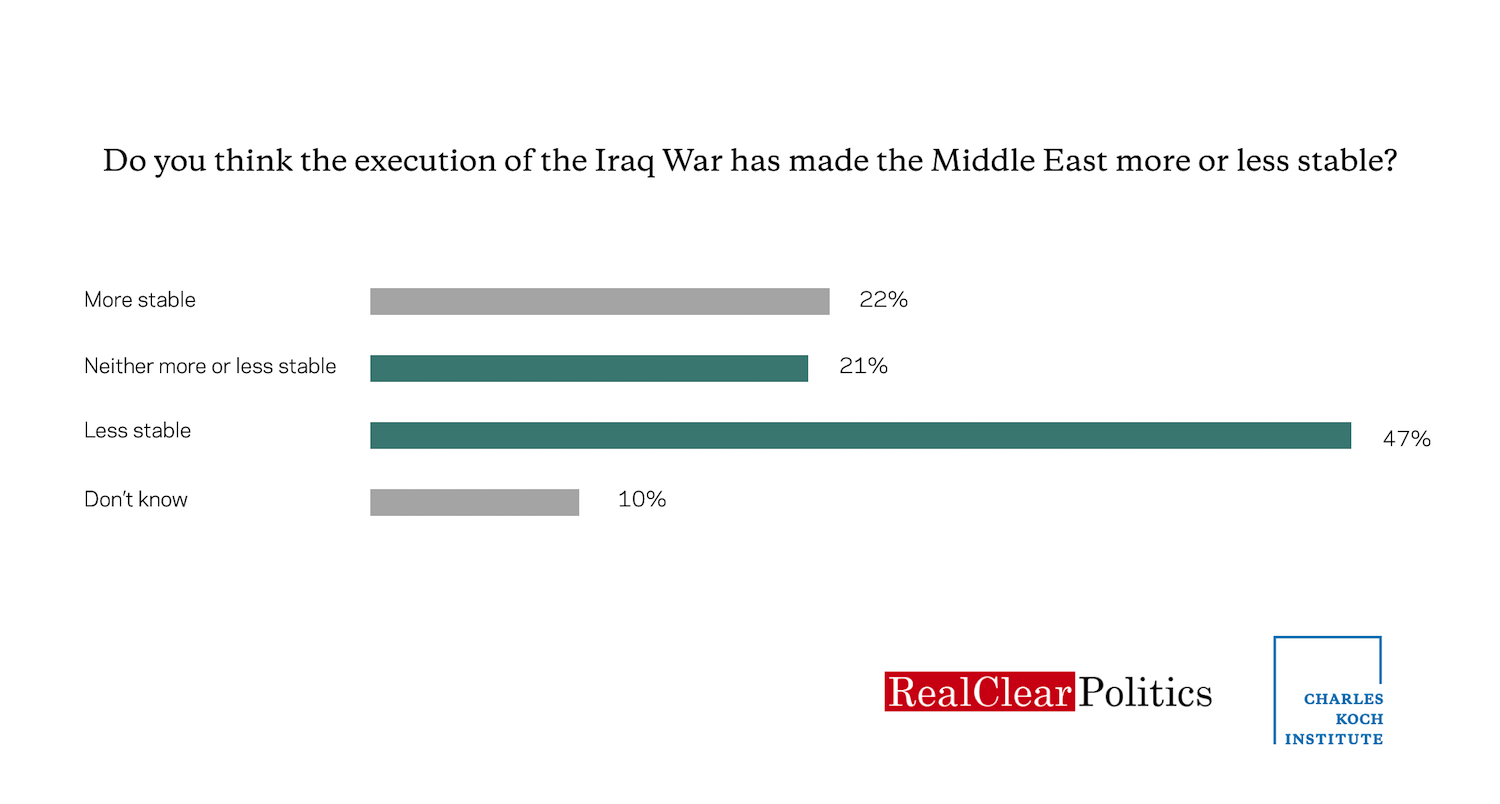 According to a new poll conducted by the Charles Koch Institute and Real Clear, Americans do not think that the Iraq War has made the United States safer, nor do they think the Middle East is more stable.

After fifteen years of war, the United States has little to show for its intervention. It’s unsurprising that Americans are trying to distance themselves from foreign policy mistakes that led to a forever war.

A new poll from the Charles Koch Institute and Real Clear Politics demonstrates that Americans are dissatisfied with the United States’ current foreign policy, do not feel safer despite our decade and a half of invasions and conflicts overseas, and are rethinking how and when the United States should use its troops.

Americans think the Iraq War undermined the world’s safety and stability. Fifty percent of Americans are now in favor of decreasing or entirely removing United States troops from conflicts in Iraq and Afghanistan.

Moreover, our involvement in Iraq has caused Americans to question military interventions in general. Only 23 percent of Americans say they support using the military more frequently.

The poor decisions that precipitated interventions in Iraq, Libya and Afghanistan can’t be undone. But Americans now have 15 years of evidence showing why our foreign policy needs an overhaul. Decision-makers in Washington should take heed as they weigh how to act in North Korea, Syria and other hot spots.

A leading survey research firm, Survey Sampling International, fielded the nationwide survey from March 9 to 14, 2018. The survey had 1,000 total respondents. About half of respondents were surveyed using random phone dials, with half of those being land-line and the other half being cell phone. The other half of respondents were surveyed using Survey Sampling International’s opt-in web-based survey panel.  Results are weighted using broad geographic region, education, race and ethnicity, age, and gender. The survey has a conservatively estimated +/- 4 percentage points margin of error.

Americans remain unconvinced that the United States has a clear purpose in Afghanistan and would support a presidential decision to remove troops from both Afghanistan and Syria within the year.