The Importance of Second Chances in Our Justice System

Our criminal justice system should promote both accountability and redemption, which necessitates second chances for individuals with a criminal record. Today, these individuals face significant societal and legal barriers to becoming productive members of our communities. By ensuring individuals with a criminal record have the opportunity for a true second chance, we can improve public safety, strengthen families, and grow our economy.

Each year, more than 620,000 individuals are released from federal and state prisons and many millions more exit our local jails. There are more than 110 million criminal history records in state and federal criminal history archives. These millions of Americans face significant barriers to success when trying to rejoin their community and are frequently left without the opportunity to escape the shadow of their criminal records. They not only face social stigma from old friends and neighbors, but also face over 44,000 legal barriers that impact their ability to start a business, secure employment, find a suitable place to live, and conduct themselves as contributing members of their local communities.

Americans who were previously incarcerated also face a practical barrier to employment as they tend to have lower levels of educational attainment and work experience. A recent study of individuals incarcerated in four states found that approximately 25 percent did not have a high school diploma or GED and only 54 percent were working before their incarceration. The study also revealed that these individuals had an average monthly income of $1,300, less than 20 percent of the national mean. Previous research from the Bureau of Justice Statics showed similar results.

More than three out of four, or 83 percent, of individuals released from state prisons will be rearrested within nine years. Access to meaningful employment and adequate housing is vitally important not only for those reentering society, but also for our public safety. Securing both employment and housing have been found to be key barriers that inhibit someone’s ability to realize their potential once they have a criminal record. Research consistently reveals that access to meaningful employment is essential for reducing future crime among individuals who have previously been incarcerated or are under community supervision.

According to a reentry practitioner, “employment allows participants to feel productive and normal, and attain self-sufficiency and independence. It creates options by providing the means to attain housing, transportation, and entertainment.”

Failure to access employment also has a negative impact on our economy, as those with a criminal record have higher unemployment rates and lower annual earnings than the general population.

Research has also shown that housing is essential for successful community reintegration but many individuals with a criminal record fail to find somewhere to live. Individuals who experience some form of housing instability have an increased risk of recidivism and higher substance abuse. An inability to secure housing also frustrates someone’s ability to secure employment or acquire additional education.

Acquiring a second chance provides people with dignity and allows them to achieve their potential as contributing members of our community. This allows individuals to gain closure after their time is served and provides them with the ability and support necessary to avoid future criminal behavior. Barriers that prevent someone from accessing employment, housing, and education are bad for the individual, our communities, and our economy.

Second chance programs that provide in-prison programming and reentry support have been found to reduce recidivism and increase public safety, and are vital to helping formerly incarcerated individuals acquire an opportunity to support themselves through legitimate and productive work. However, to properly ensure second chances, we must do more. Individuals who have been incarcerated are not the only ones with a criminal record and the barriers discussed above do not end after acquiring a job, housing, or additional education. In many instances, these barriers last a lifetime. Through individual action, research, and reform we can advance second chances and ensure stronger communities, economies, and families.

Research is vitally important to discovering solutions to the problems we are facing in our communities. The results of research in this space have revealed potential solutions, confirmed the value of current solutions, and shown the harm caused by solutions previously adopted. Through research, we can more effectively shape policies and community responses that can help those with a criminal record achieve restoration and a second chance.

One great example that shows the impact of research in helping to reveal the most effective policies is the current conversation around the adoption of “ban-the-box” policies and certificate of rehabilitation programs. Ban-the-box laws have been popular for years and many prevented private employers from asking job candidates about their criminal record during certain stages of the recruitment process. Recent research on the topic seems to suggest that these laws cause more harm than good; resulting in less employment, more discrimination, and more crime among the groups they are intended to help. Conversely, certificate of rehabilitation (or employability) policies have recently been found to increase the chance of receiving a job offer by threefold and increase the likelihood of securing a place to live by up to 24 percent.

One of the most comprehensive research undertakings seeking to advance second chances is being led by Professor Carrie Pettus-Davis of Florida State University. Pettus-Davis and her team are studying the effectiveness of current re-entry models compared to a 5-Key Model of reentry. The first of four reports from the research team revealed some of the largest internal and external barriers being faced by individuals reentering communities in Florida, Kentucky, Pennsylvania, and Texas, such as mental health and housing instability.

In order to ensure that those with a criminal record have the best opportunity at a second chance, individual action from community members is needed. For example, community members can ensure formerly incarcerated individuals are connected to supportive groups and neighborhood networks that can encourage them throughout the reentry process and beyond.

Additionally, community members could have the opportunity to provide references for an individual on their work ethic and character as well as seeking to judge each individual person as who they are today and not who they were in their past.

Employers and the business community at large also can play a role in promoting second chances by helping to remove the barriers to employment discussed previously. A recent survey by the Charles Koch Institute and the Society for Human Resources Management revealed that the quality of hire for workers with a criminal record is the same as those without records. These results led to the creation of the Getting Talent Back to Work initiative, a new toolkit that empowers businesses and HR leaders to learn more about hiring individuals with a criminal record by providing them with the latest research, evidence-based best practices, and industry guidance.

Individual landlords can also lead by example and help foster second chances by removing barriers that prevent those with a criminal record from securing housing. Studies show that more than two-thirds of landlords will not rent to an individual with a criminal record. Instead of providing an outright denial when someone with a criminal record applies to rent a unit, landlords should consider other positive factors such as an excellent credit or work history, a formal rights restoration or certificate of rehabilitation, and informal reference letters.

Many individuals can find themselves released from prison but locked out of work, even after job training programs have been completed, due to occupational licensing. Occupational licensing reform can help expand opportunities for those with criminal records. Additionally, ending policies that suspend an individual’s driver’s license can help those returning from prison find jobs and stay out of the criminal justice system. Other changes can help people overcome societal barriers or stigma, including expanding expungement and sealing of criminal records, creating a certificate of relief or rehabilitation program, or providing liability limitations for employers or landlords willing to provide second chances.

Our justice system must promote accountability for those convicted of breaking the law. However, once someone has been held accountable in a proportional manner, they should have their liberty restored and be provided an opportunity to rejoin their community with dignity. The reality of our current system is that many individuals exiting the justice system often remain on the fringes of our society because they cannot access the basic essentials necessary to become a productive member of their community. We can help people overcome these barriers through innovative research identifying promising solutions, creating supportive communities, and reforming policies that present barriers to second chances. 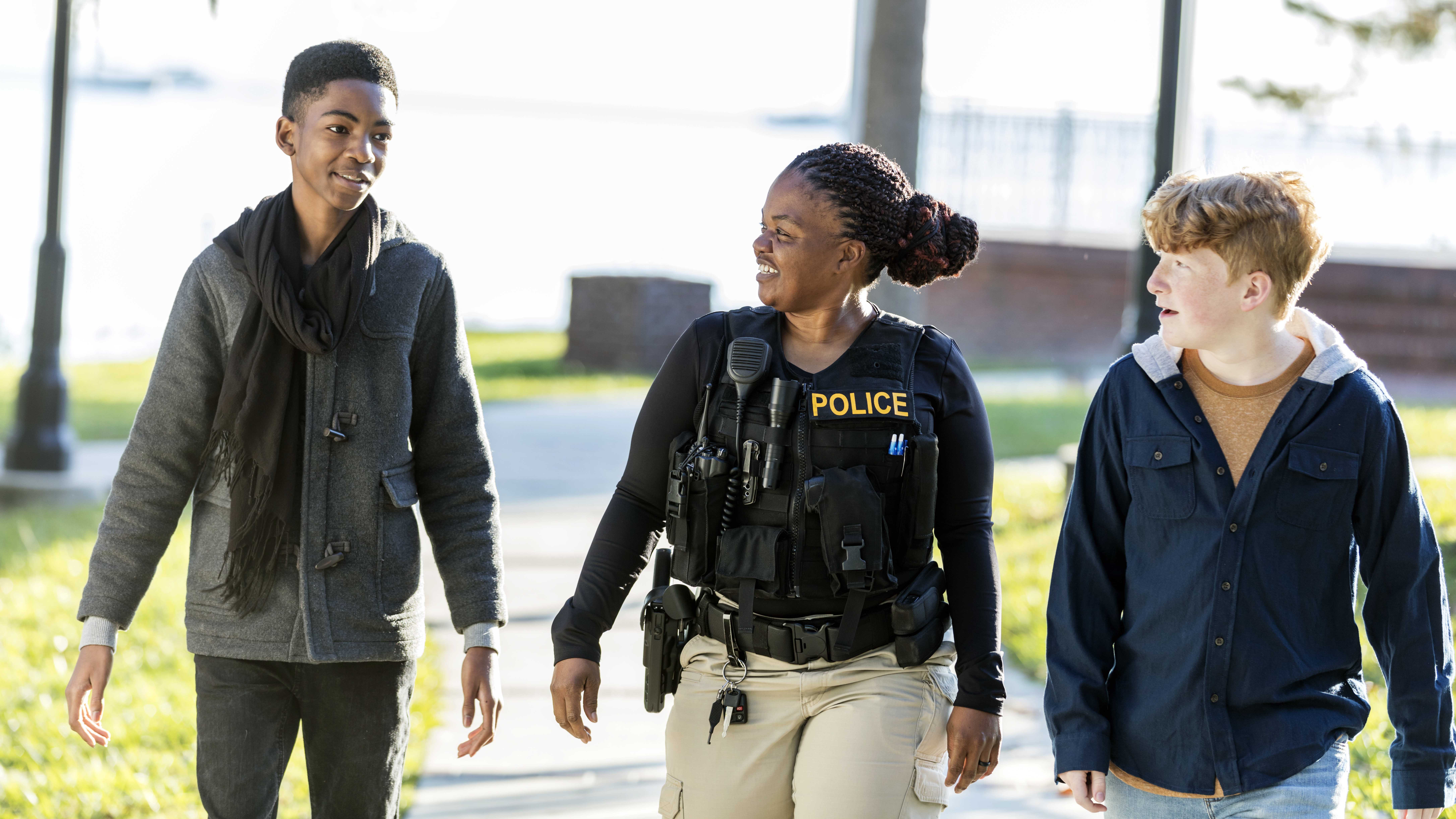